Cover and postcard from Gambia 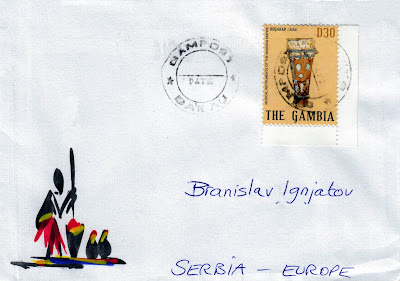 I received my fist cover and postcard from Gambia. The Gambia is a country in West Africa that is entirely surrounded by Senegal except for its coastline on the Atlantic Ocean at its western end. It is the smallest country in mainland Africa, and it's named after Gambia River. Stamp on cover is from set Traditional Musical Instruments, issued on 24.05.2010. 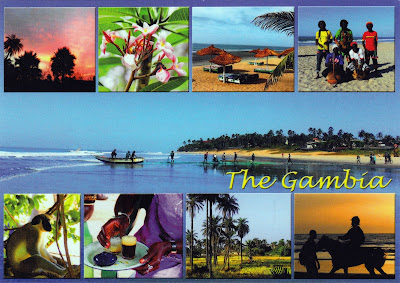 Posted by Branislav Ignjatov at 20:32