Flags of the World Series: Estonia 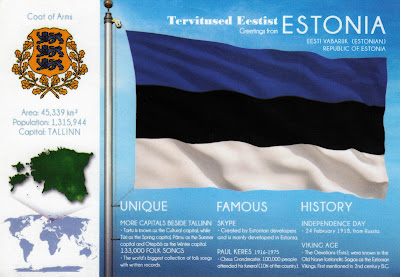 Estonia is a country in the Baltic region of Northern Europe. It is bordered to the north by the Gulf of Finland, to the west by the Baltic Sea, to the south by Latvia (343 km), and to the east by Lake Peipus and Russia (338.6 km). Across the Baltic Sea lies Sweden in the west and Finland in the north. Ethnic Estonians are a Finnic people, sharing close cultural ties with their northern neighbour, Finland, and the official language, Estonian, is a Finno-Ugric language closely related to Finnish and the Sami languages, and distantly to Hungarian. 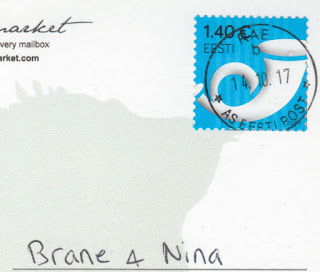 Posted by Branislav Ignjatov at 23:19