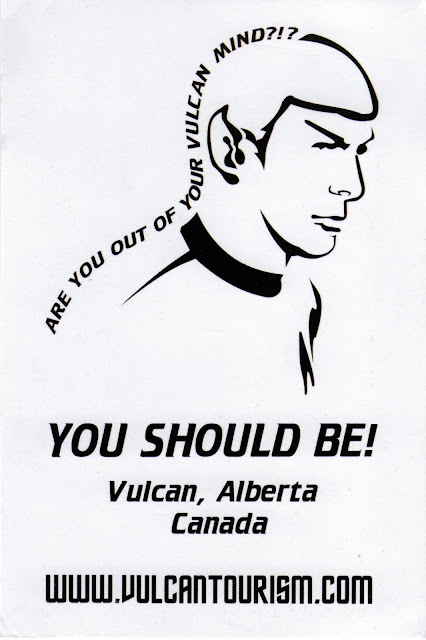 No, this postcard is not sent from planet Vulcan! It's sent from small town Vulcan in southern Alberta, Canada. The town's name has brought some attention that has helped it become a tourist attraction. In the Star Trek frachise it is the name of the homeworld of the Mr. Spock character and his fellow Vulcans. Capitalizing on this coincidence, the town has built a Star Trek–themed tourist station. Nearby is a replica of the starship Enterprise from Star Trek V, mounted on a pedestal which includes writing from Trek alien languages such as Klingon. The town has also created space-themed murals and signs, and hosts an annual community-wide Star Trek convention known as "Spock Days".


Thank you very much Trevor!

Posted by Branislav Ignjatov at 18:14