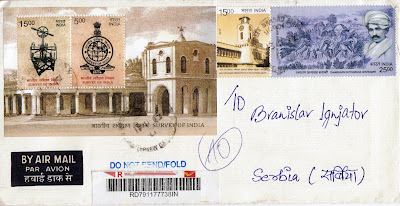 On this cover from India you can see miniature sheet The 250th Anniversary of the Survey of India, issued on 22.06.2017. The Survey General of India was established by the British East India Company in 1767. Later it came to be known as the Survey of India. Today, the Survey of India, the National Survey and Mapping Organization of the country under the Department of Science & Technology, it is said to be the oldest scientific department under the Government of India. 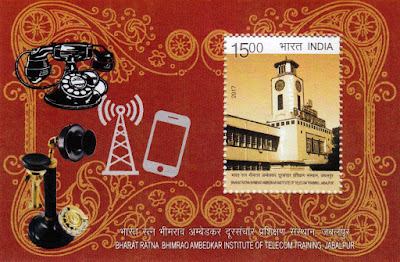 Inside this cover was this mini sheet Bharat Ratna Institute of Telecom Training, issued on 22.04.2017.

Posted by Branislav Ignjatov at 14:11