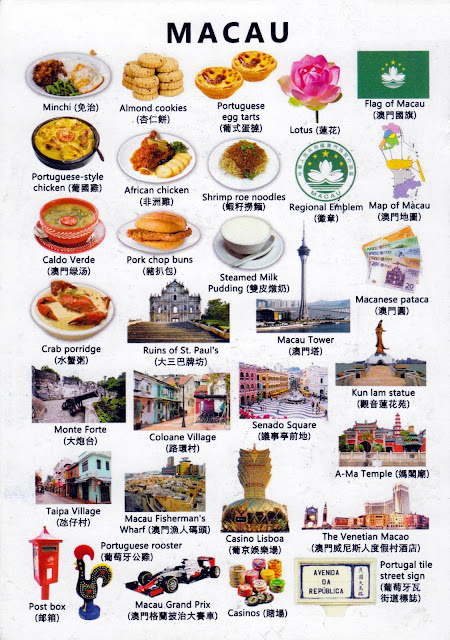 I received my first postcard from Icons of Countries series from The Postcard House. This one is dedicated to Macau. Macao Special Administrative Region of the People's Republic of China, is an autonomous territory on the western side of the Pearl River estuary in East Asia. Macau is bordered by the city of Zhuhai in Mainland China to the north and the Pearl River Delta to the east and south. With a population of 650,900 living in an area of 30.5 km2, it is the most densely populated region in the world. A former Portuguese colony, it was returned to Chinese sovereignty on 20 December 1999.

Posted by Branislav Ignjatov at 11:37