Flags of the World Series: Moldova 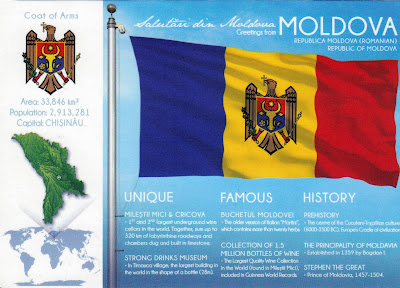 Moldova is a landlocked country in Eastern Europe, bordered by Romania to the west and Ukraine to the north, east, and south (by way of the disputed territory of Transnistria). The capital city is Chișinău. The name "Moldova" derives from the Moldova River; the valley of this river served as a political center at the time of the foundation of the Principality of Moldavia in 1359. The origin of the name of the river remains unclear. 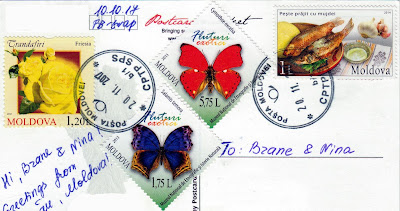 
Thank you Nina and Olga!

Posted by Branislav Ignjatov at 18:52