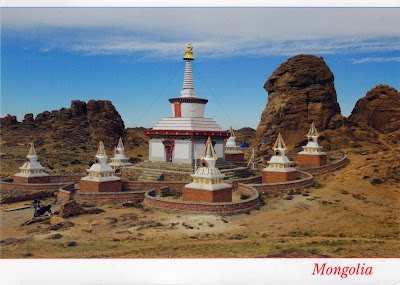 The Demchig Monastery is one of the three monasteries called Galbiyn Three Monasteries, built by Danzanravjaa, the Saint Lord of Gobi. It was destroyed during the Stalinist purges, in the 1930.

Repression of the Buddhist establishment increased in December 1934, when Mongolian law was amended to ban religious teaching in schools, prevent children from entering monasteries, and ending the lamas' evasion of military service. Heavy taxes were also imposed on the monasteries. In the mid-1930s, before the Great Purge, there were some 800 Buddhist monasteries in Mongolia with 90,000 priests; in 1937 and 1938, most of the monasteries were ruined and between 16,000 and 17,000 priests were killed. According to one estimate, by 1939 the purges had killed 27,000 Mongolians (about 3% of the population; about half the victims were monks). During the Stalinist repressions, Mongolia's religious institutions were virtually all destroyed, their property appropriated, and the lamas either killed or secularized. All together, 2,265 monastery buildings were destroyed and over 71.5 tons of metal statues shipped to the USSR for scrap. 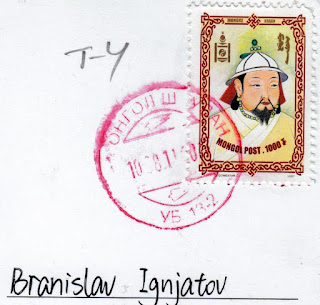 
Posted by Branislav Ignjatov at 12:56