I received a postcard with painting Day Dream by Andrew Wyeth. Someone will maybe say that is "not safe for watch", and that's why i didn't upload this picture directly to my blog. If you wish to see it, click HERE. Andrew Newell Wyeth was a visual artist, primarily a realist painter, working predominantly in a regionalist style. He was one of the best-known U.S. artists of the middle 20th century.In his art, Wyeth's favorite subjects were the land and people around him, both in his hometown of Chadds Ford, Pennsylvania, and at his summer home in Cushing, Maine. Wyeth often noted: "I paint my life." 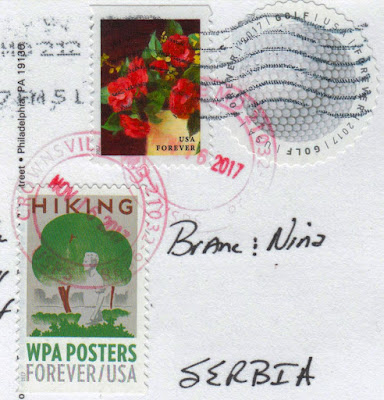 
Posted by Branislav Ignjatov at 15:29