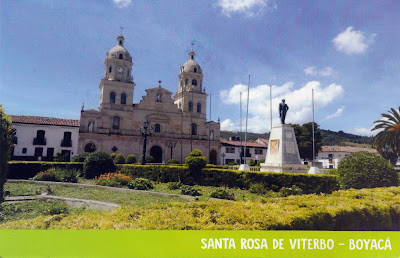 Santa Rosa de Viterbo is a town and municipality in Boyacá Department, Colombia, part of the Tundama Province, a subregion of Boyacá. Santa Rosa de Viterbo was founded by the Spanish in 1689. In the year 1810, a meteorite fell in Santa Rosa, and it was discovered by a farmer of the town. The mayor decided to place it in the middle of the town, in front of the church. A hundred years later, the president Rafael Reyes decided to take it to Bogotá. There it was divided in two big parts; one of the parts stayed in Bogotá, and the other is actually in a museum in Chicago. 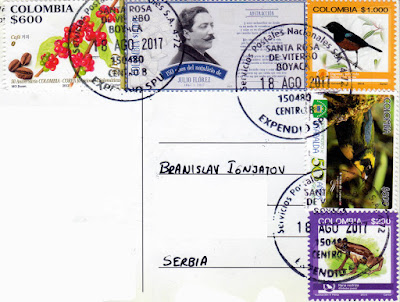 A lot of nice stamps on postcard:

Posted by Branislav Ignjatov at 21:08