Serbia: 800 years since the coronation of Stefan the First-Crowned as the first-crowned King of Serbia 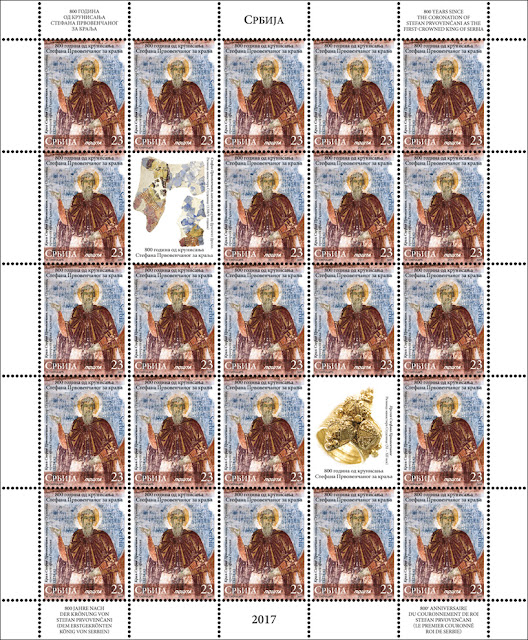 Stefan Nemanjić or Stefan the First-Crowned; around 1165 – 24 September 1228) was Grand Prince of Serbia from 1196, and the King of Serbia from 1217 until his death in 1228. He was the first crowned Rascian king, and through his promotion of the Serbian Grand Principality into a kingdom and helping his brother Saint Sava in establishing the Serbian Church, he is regarded one of the most important of the long lasting Nemanjić dynasty. 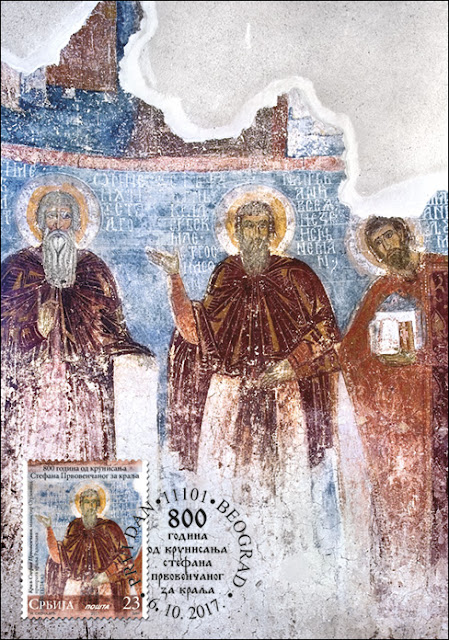 Having long wanted to call himself king, Stefan set about procuring a royal crown from the papacy. It is not clear what Stefan promised in regard to the status of the Catholic Church, which had numerous adherents in the western and coastal parts of his realm, but a papal legate finally arrived in 1217 and crowned Stefan. The advance of the Catholic Church in Serbia did not last long but angered Serbian clergy. Many opposed Stefan's coronation, with Sava protesting by leaving Serbia and returning to Mount Athos. 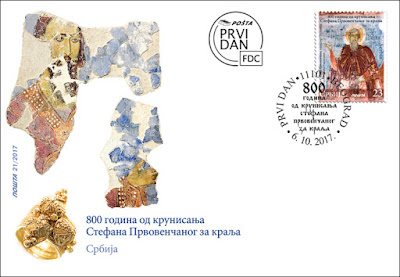 Later Serbian churchmen were also bothered by Stefan's relations with the papacy; while Stefan and Sava's contemporary Domentian wrote that the coronation was performed by a papal legate, a century later Theodosius the Hilandarian claimed that Stefan was crowned by Sava. The contradiction led some Serbian historians to conclude that Stefan underwent two coronations, first by the legate and in 1219 by Sava, but modern scholars tend to agree that only the former took place.

Posted by Branislav Ignjatov at 13:53