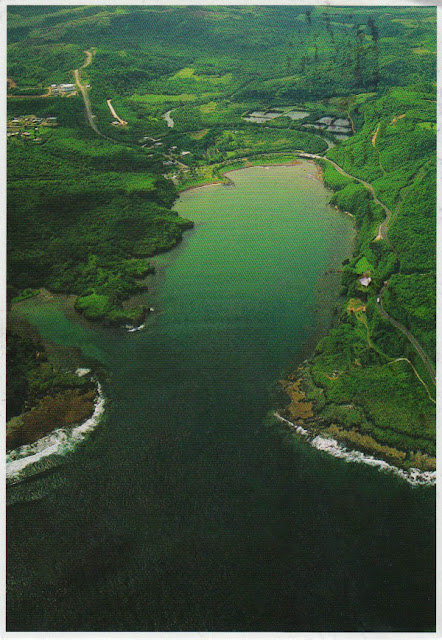 Guam is an unincorporated and organized territory of the United States situated in Micronesia in the western Pacific Ocean.The capital city of Guam is Hagåtña and the most populous city is Dededo.On this postcard you can see Talofoto Bay. Talofofo Bay is notable for being one of the most accessible brown sand beaches of Guam, and is the site of the World War II shipwreck of the Aratama Maru, a Japanese freighter.

Posted by Branislav Ignjatov at 01:20