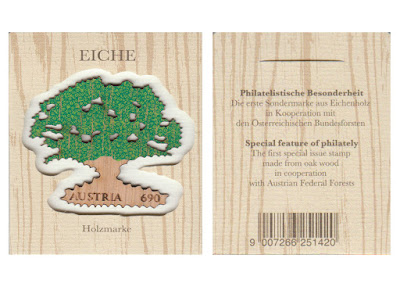 I have new stamps from Austria in my collection. Traditionally, Austrian Post every year have one stamp from unusual materials. This year they issued this Oak tree stamp, on the occasion of the 20th anniversary of Österreichische Bundesforste, which were separated from the state budget in 1997 and newly formed as a share company. Stamp is in the form of an oak, and it's made from real oak tree.

Oaks are quite recognizable on their characteristic lobed leaves and on their fruits also for laymen. In Austria, the stalk and the grape oak are predominant. In the eastern areas of Austria, oaks are widespread and play a significant economic role. They can reach an altitude of up to 40 meters as well as an age of about 1,000 years. 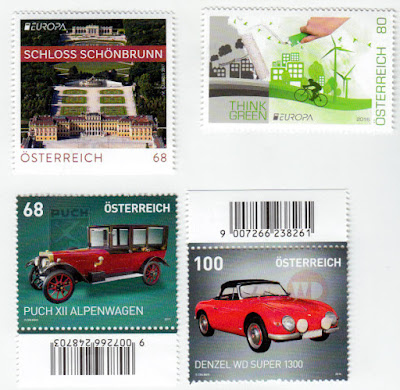 
Posted by Branislav Ignjatov at 01:26