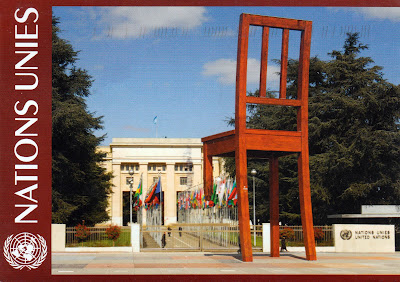 The United Nations Office at Geneva is the second-largest of the four major office sites of the United Nations. It is located in the Palais des Nations building constructed for the League of Nations between 1929 and 1938 at Geneva in Switzerland, and expanded in the early 1950s and late 1960s. This office have their own stamps and post, like UN offices in Vienna and New York. 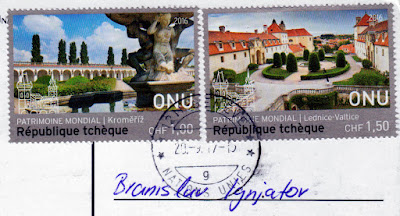 Posted by Branislav Ignjatov at 14:36