Flags of the World Series: Cyprus 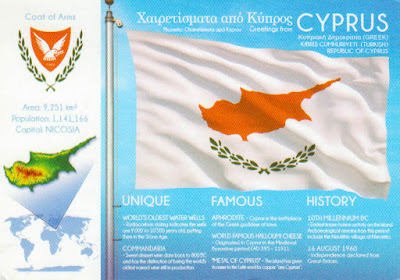 Cyprus is an island country in the Eastern Mediterranean and the third largest and third most populous island in the Mediterranean. The earliest known human activity on the island dates to around the 10th millennium BC. Archaeological remains from this period include the well-preserved Neolithic village of Khirokitia, and Cyprus is home to some of the oldest water wells in the world. Cyprus was settled by Mycenaean Greeks in two waves in the 2nd millennium BC. As a strategic location in the Middle East, it was subsequently occupied by several major powers. North of Cyprus is occupied by Turkey in 1974.


Posted by Branislav Ignjatov at 21:23