Flags of the World Series: Haiti 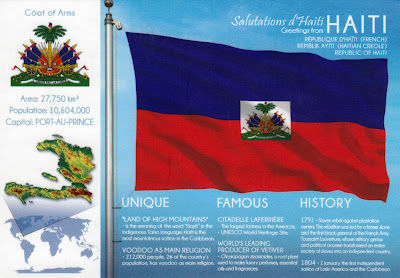 Haiti is a country located on the island of Hispaniola in the Greater Antilles archipelago of the Caribbean Sea. It occupies the western three-eighths of the island, which it shares with the Dominican Republic. The region was originally inhabited by the indigenous Taíno people. Spain discovered the island on 5 December 1492 during the first voyage of Christopher Columbus across the Atlantic. When Columbus initially landed in Haiti, he had thought he had found India or Asia. 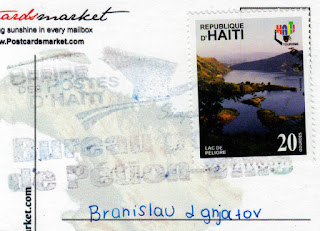 Stamp on postcard is set Tourism, issued in 2001.

Posted by Branislav Ignjatov at 22:14