Flags of the World Series: Macedonia 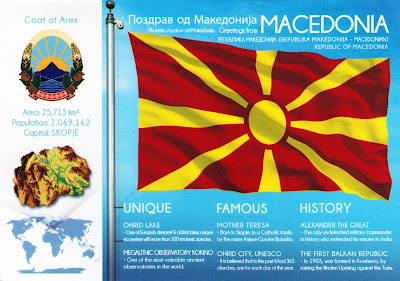 Macedonia is a country in the Balkan Peninsula in Southeast Europe. It is one of the successor states of the former Yugoslavia. It recently changed name to North Macedonia, but i managed to swap this card before new changed card arrive. The country became a member of the United Nations in April 1993, but as a result of a dispute with Greece over the name "Macedonia", it was admitted under the provisional description the former Yugoslav Republic of Macedonia. In June 2018, Macedonia and Greece resolved the conflict with an agreement that the country should rename itself Republic of North Macedonia. This renaming came into effect in February 2019, with a several-months-long transition for passports, license plates, currency, customs, border signs, and government websites, among other things. 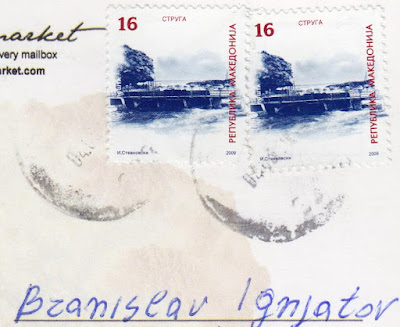 Posted by Branislav Ignjatov at 23:16