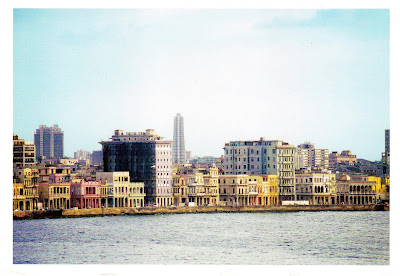 Havana is the capital city, largest city, province, major port, and leading commercial center of Cuba. The city has a population of 2.1 million inhabitants, and it spans a total of 781.58 km2. The city of Havana was founded by the Spanish in the 16th century and due to its strategic location it served as a springboard for the Spanish conquest of the Americas, becoming a stopping point for treasure-laden Spanish galleons returning to Spain. The King Philip II of Spain granted Havana the title of City in 1592. Walls as well as forts were built to protect the old city. The sinking of the U.S. battleship Maine in Havana's harbor in 1898 was the immediate cause of the Spanish–American War. 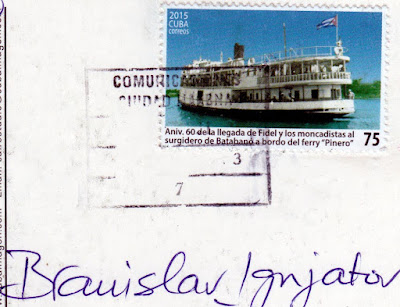 Stamp on postcard is The 60th Anniversary of the Arrival of Fidel Castro to Batabano onboard Pinero, issued on 16.5.2015.

Posted by Branislav Ignjatov at 23:21