Flags of the World Series: São Tomé and Príncipe 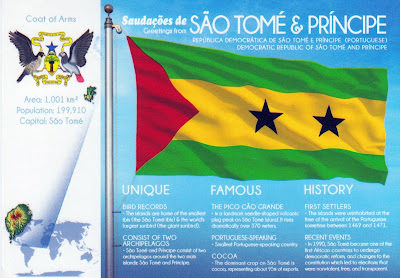 São Tomé and Príncipe is an island country in the Gulf of Guinea, off the western equatorial coast of Central Africa. It consists of two archipelagos around the two main islands of São Tomé and Príncipe, about 140 kilometres apart and about 250 and 225 kilometres off the northwestern coast of Gabon. The islands were uninhabited until their discovery by Portuguese explorers in the 15th century. Gradually colonised and settled by the Portuguese throughout the 16th century, they collectively served as a vital commercial and trade center for the Atlantic slave trade. The rich volcanic soil and close proximity to the Equator made São Tomé and Príncipe ideal for sugar cultivation, followed later by cash crops such as coffee and cocoa; the lucrative plantation economy was heavily dependent upon imported African slaves. Cycles of social unrest and economic instability throughout the 19th and 20th centuries culminated in peaceful independence in 1975. São Tomé and Príncipe has since remained one of Africa's most stable and democratic countries. 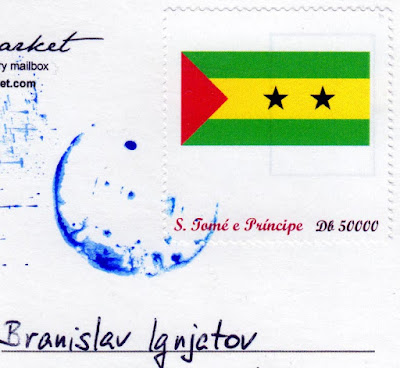 Very nice matching flag stamp, but i didn't found info when is released. 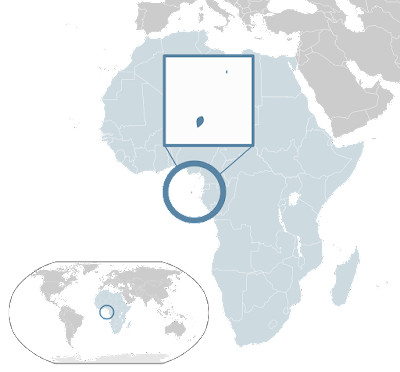 And here you can see location of this smallest African country.

Posted by Branislav Ignjatov at 21:40

Email ThisBlogThis!Share to TwitterShare to FacebookShare to Pinterest
Labels: Flags of the World Series, postcard, São Tomé and Príncipe, stamps