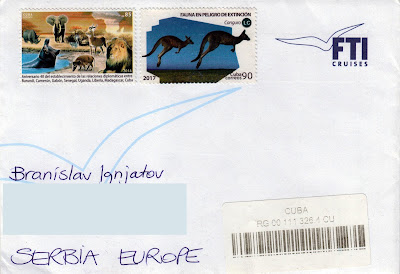 Republic of Cuba is one of those countries which prints too many stamps for collectors and sells them mostly as CTO (cancelled to order), but when you send real mail, most of mail is shipped without any cancellation. I was partially lucky with this registered cover, because it is cancelled, but on wrong side! You can see cancellation on second picture bellow. 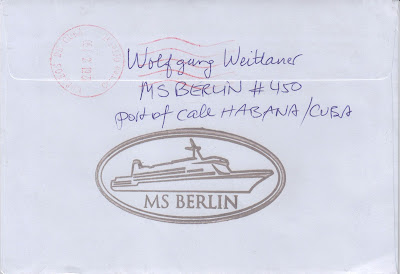 My friend Wolfgang visited Cuba with ship Berlin, which postmark you can see bellow hand cancellation. Thank you so much, Wolfgang!

Posted by Branislav Ignjatov at 22:48