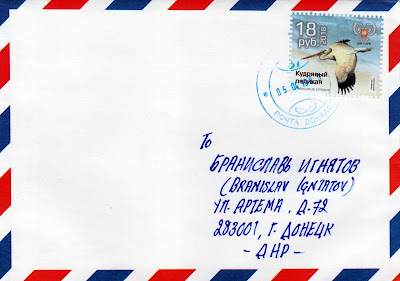 There's no international postal service in Donetsk, only domestic. So you can receive mail only to address within Donetsk, as you can see on this cover. This stamp on cover is from set Khomutovsky Steppe, issued on 5.6.2018.

Posted by Branislav Ignjatov at 17:47