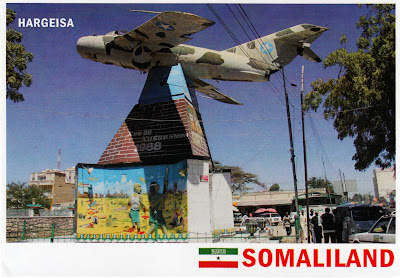 This is my first postcard from Somaliland, a self-declared republic that is internationally recognized as an autonomous region of Somalia. Somaliland doesn't have real postal system. This postcard was cancelled in Hargeisa, the capital of Somaliland and then sent with DHL. On this card you can see Hargeisa War Memorial, set up to commemorate Somaliland's breakaway attempt in the 1980s, and is a symbol of struggle for the people of this province. The memorial is located in Hargeisa's Freedom Square. It consists of a MiG-17 fighter aircraft of the Somali Air Force, which crashed nearby. 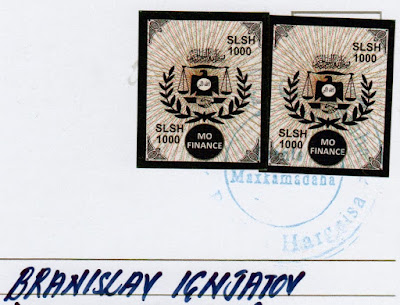 These are not real postage stamps, these are fiscal stamps used for postage!

Posted by Branislav Ignjatov at 21:48