Monument to Tsar Peter the Great in St. Petersburg 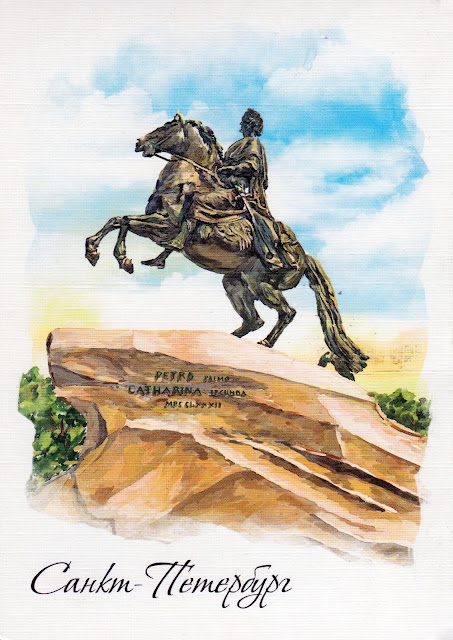 The Bronze Horseman is an equestrian statue of Peter the Great in the Senate Square in Saint Petersburg, Russia. Commissioned by Catherine the Great, it was created by the French sculptor Étienne Maurice Falconet. The name comes from an 1833 poem of the same name by Aleksander Pushkin, which is widely considered one of the most significant works of Russian literature. The statue is now one of the symbols of Saint Petersburg. The statue's pedestal is the enormous Thunder Stone, the largest stone ever moved by humans. The stone originally weighed about 1500 tonnes, but was carved down during transportation to its current size.

Stamp on postcard is The 100th Anniversary of the Dmitrovsky Kremlin Reserve Museum, issued on 13.12.2018.

Posted by Branislav Ignjatov at 01:53