Flags of the World Series: Saba 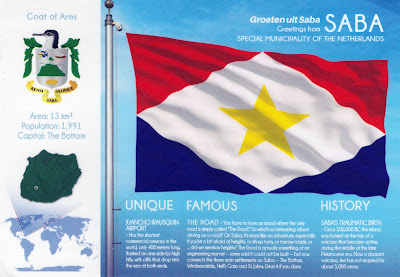 Saba is a Caribbean island which is the smallest special municipality of the Netherlands. It consists largely of the potentially active volcano Mount Scenery, which at 887 metres is the highest point of the entire Kingdom of the Netherlands. Saba has a land area of 13 square kilometres. As of 2017, the population was 2,010 inhabitants, with a population density of 150 inhabitants per square kilometre. It is the smallest territory or sovereign state by permanent population in the Americas. Its towns and major settlements are The Bottom (the capital), Windwardside, Zion's Hill and St. Johns. I already receive same card earlier, so i probably forgot that and arranged swap twice! lol 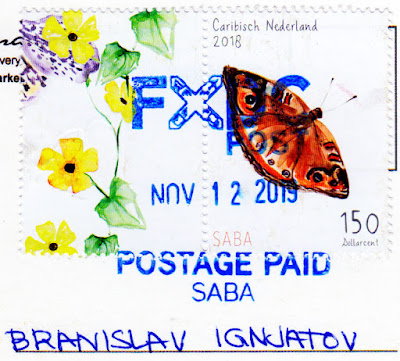 Stamp on postcard is from set Butterflies and Flowers, issued on 20.7.2018.

Posted by Branislav Ignjatov at 19:17