Year of the Rat on cover from Åland Islands 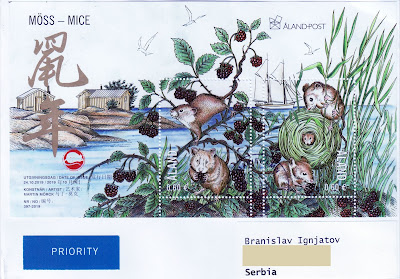 The Rat is the first of all zodiac animals. According to one myth, the Jade Emperor said the order would be decided by the order in which they arrived to his party. The Rat tricked the Ox into giving him a ride. Then, just as they arrived at the finish line, Rat jumped down and landed ahead of Ox, becoming first. In Chinese culture, rats were seen as a sign of wealth and surplus. Because of their reproduction rate, married couples also prayed to them for children.

Åland Post issued this beautiful mini sheet with two stamps on 24.10.2019. Artist Martin Mörck based his illustration on the yellow-necked mouse and harvest mouse, placing the mice in blackberry bushes on an island in the Åland archipelago. In the background, we see the Klobben islet located in the outer archipelago of Saltvik and sailing ship Albanus. 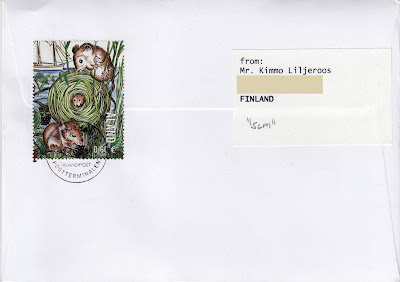 There's also one additional stamp at the back.


Thank you so much, Kimmo!

Posted by Branislav Ignjatov at 15:01