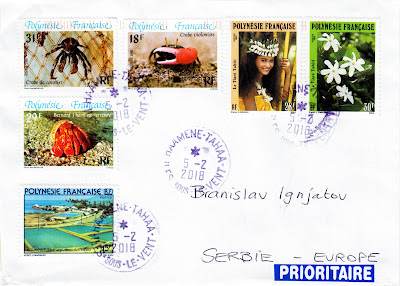 I received my first cover from French Polynesia, an overseas collectivity of the French Republic. It is composed of 118 geographically dispersed islands and atolls stretching over an expanse of more than 2,000 kilometers in the South Pacific Ocean. Its total land area is 4,167 square kilometers. 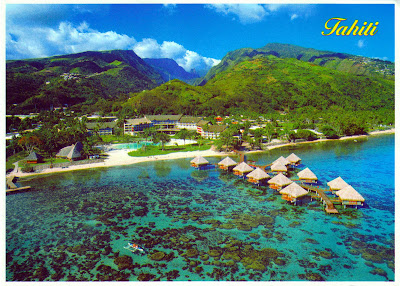 Inside was postcard of beautiful Tahiti, which is located within the Society Islands, is the most populous island and the seat of the capital of the collectivity, Papeete. It has close to 69% of the population of the islands in 2017.

Posted by Branislav Ignjatov at 00:19