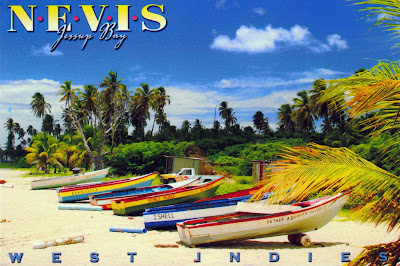 Here is another postcard from beautiful Nevis in West Indies. The West Indies is a region of the North Atlantic Ocean in the Caribbean that includes the island countries and surrounding waters of three major archipelagoes: the Greater Antilles, the Lesser Antilles and the Lucayan Archipelago. The phrase "West Indies" distinguished the territories encountered by Columbus or and claimed by Spain from discovery claims by other powers in "East Indies". The term "West Indies" was eventually used by all European nations to describe their own acquired territories in the Americas. 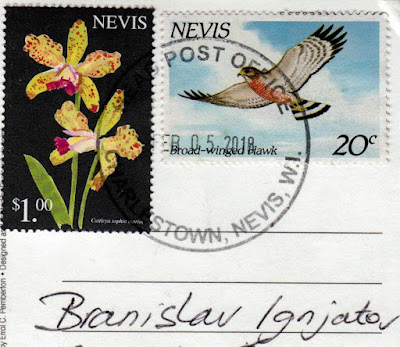 Posted by Branislav Ignjatov at 19:55