Boeseman's rainbowfish on cover from Indonesia 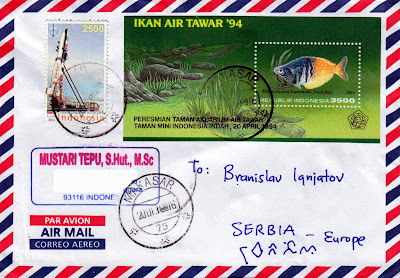 I received a cover from Indonesia with Boeseman's rainbowfish on mini sheet, issued on 20.04.1994. This fish is endemic to the Ayamaru Lakes and their tributaries in a mountainous region of the Bird's Head Peninsula, West Papua, Indonesia.

Other stamp on cover is Rocket Pengorbit Satellite, from set Outer Space, issued on 12.04.2011. 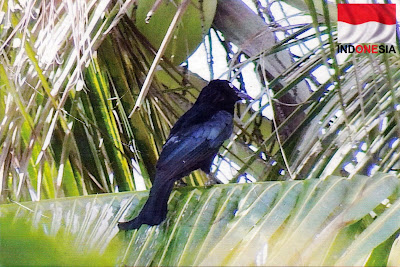 Inside cover was this postcard with hair-crested drongo or Dicrurus hottentottus. It's native bird in Bangladesh, India and Bhutan through Indochina to China, Indonesia, and Brunei.

Posted by Branislav Ignjatov at 22:47