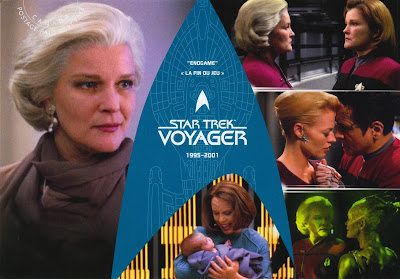 I received one more official Star Trek postcard from Canada, and again with special cancellation from Vulcan post office. This time postcard is dedicated to Star Trek: Voyager. The series was created by Rick Berman, Michael Piller and Jeri Taylor, and is the fifth incarnation of Star Trek, which began with the original Star Trek series that was created by Gene Roddenberry. Voyager was produced for seven seasons, from 1995 to 2001, and is the first Star Trek TV series with a female captain, Kathryn Janeway (played by Kate Mulgrew), as the lead character. 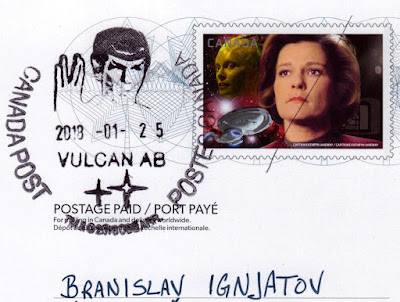 Postcard is again cancelled with this beautiful postmark, and little bit ruined with stupid pen cancellation on this prepaid postcard. Somebody in Canada Post doesn't know how to do his job.


Thank you very much Trevor and Lars!

Posted by Branislav Ignjatov at 13:53