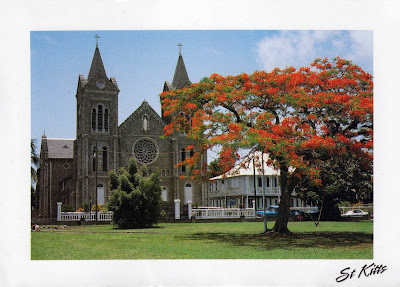 On this postcard you can Immaculate Conception Co-Cathedral Catholic Church in capital city Basseterre, one of the oldest towns in the Eastern Caribbean. 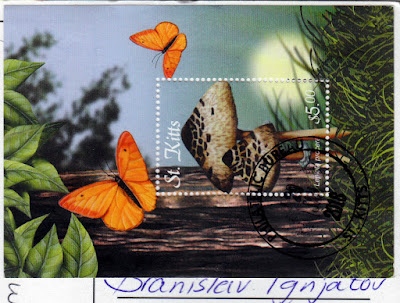 It's rare to see mini sheet used for postage, and it's always wonderful! This is mushroom Lepiota procera, issued on 18.09.2001.

Posted by Branislav Ignjatov at 20:26