Flags of the World Series: Anguilla 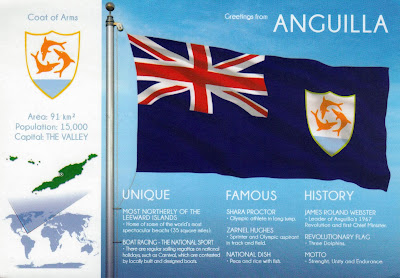 Anguilla is a British overseas territory in the Caribbean. It is one of the most northerly of the Leeward Islands in the Lesser Antilles, lying east of Puerto Rico and the Virgin Islands and directly north of Saint Martin. The territory consists of the main island of Anguilla, approximately 26 km long by 4.8 km wide at its widest point, together with a number of much smaller islands and cays with no permanent population. The island's capital is The Valley. On 7 September 2017, the Category 5 Hurricane Irma hit the island. As of the next day, one death had been reported; the island also sustained extensive damage to many buildings, including government ones, as well as its electricity infrastructure and water supply. The UK government summarized this as "severe and in places critical" damage. 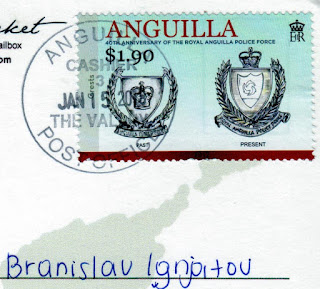 This nice stamps is from set The 40th Anniversary of the Royal Anguilla Police Force, issued on 26.11.2012.


Posted by Branislav Ignjatov at 13:01