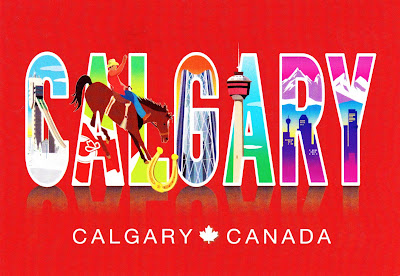 My friend Trevor visited stamp show in Calgary and sent me this nice postcard with symbols of Calgary integrated in city name. Calgary is a city in the Canadian province of Alberta. It is situated at the confluence of the Bow River and the Elbow River in the south of the province, in an area of foothills and prairie, about 80 km east of the front ranges of the Canadian Rockies.  The city had a population of 1,267,344 in 2018, making it Alberta's largest city and Canada's third-largest municipality. 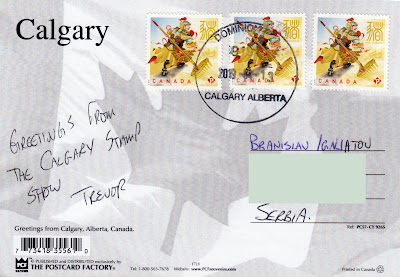 Posted by Branislav Ignjatov at 01:10