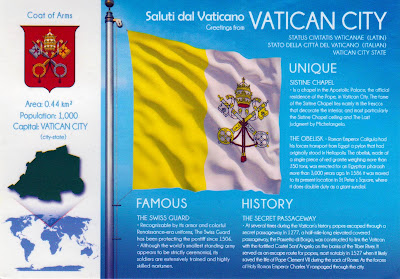 Vatican City is an independent city-state enclaved within Rome, Italy. Established with the Lateran Treaty (1929), it is distinct from yet under "full ownership, exclusive dominion, and sovereign authority and jurisdiction" of the Holy See. With an area of 44 hectares, and a population of about 1,000, it is the smallest sovereign state in the world by both area and population. The Vatican City is an ecclesiastical or sacerdotal-monarchical state ruled by the pope who is the bishop of Rome and head of the Roman Catholic Church. Since the return of the popes from Avignon in 1377, they have generally resided at the Apostolic Palace within what is now Vatican City, although at times residing instead in the Quirinal Palace in Rome or elsewhere. 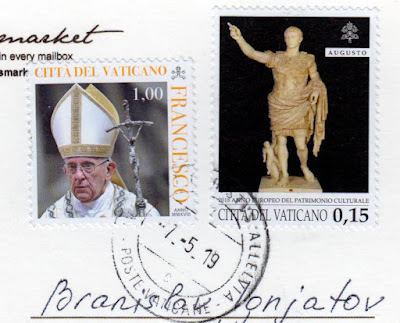 Posted by Branislav Ignjatov at 02:14