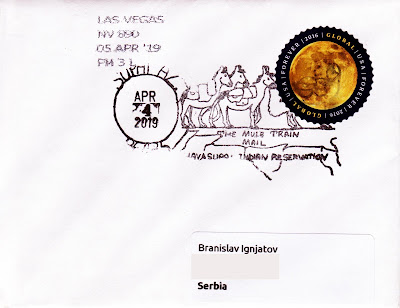 Supai is a census-designated place (CDP) in Coconino County, Arizona, United States, within the Grand Canyon. As of the 2010 census, the CDP had a population of 208. The capital of the Havasupai Indian Reservation, Supai is the only place in the United States where mail is still carried out by mules. Supai has been referred to as "the most remote community" in the contiguous United States by the U.S. Department of Agriculture. It is accessible only by helicopter, on foot or by mule. Supai is 13 km from the nearest road and has no automobiles in the community.

Posted by Branislav Ignjatov at 10:12