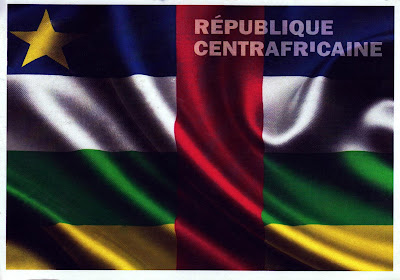 The flag of the Central African Republic has been adopted in 1958 and it was designed by president of the Oubangui-Chari province Barthelemy Boganda, a big advocate of partnership with France. The flag consists in total of five stripes, four of which are horizontal and one is vertical. Red, white and blue stripes refer to the colonial past of the country and pan-African colors red, yellow and green refer to solidarity with the other African nations. The red vertical bar that connects the other stripes should commemorate bloodshed during various struggles for freedom. Moreover, at the top of the left part of the flag, a yellow five-pointed star - a symbol of African unity, progress and tolerance, is placed. 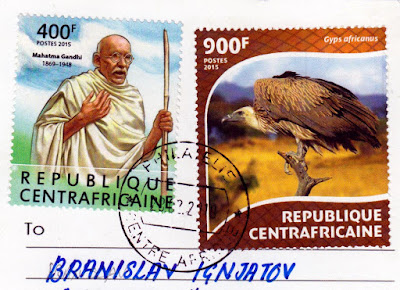 Posted by Branislav Ignjatov at 01:44