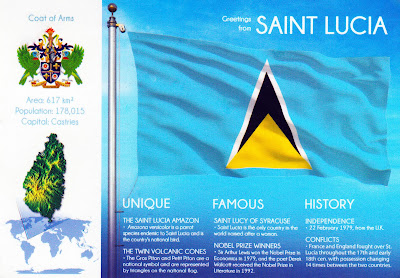 Saint Lucia is a sovereign island country in the West Indies in the eastern Caribbean Sea on the boundary with the Atlantic Ocean. The island was previously called Iyonola, the name given to the island by the native Amerindians and later, Hewanorra, the name given by the native Caribs. Part of the Lesser Antilles, it is located north/northeast of the island of Saint Vincent, northwest of Barbados and south of Martinique. It covers a land area of 617 km2 and reported a population of 165,595 in the 2010 census. Its capital is Castries.

The French were the island's first European settlers. They signed a treaty with the native Island Caribs in 1660. England took control of the island from 1663 to 1667. In ensuing years, it was at war with France fourteen times, and the rule of the island changed frequently (it was ruled seven times each by the French and British). In 1814, the British took definitive control of the island. Because it switched so often between British and French control, Saint Lucia was also known as the "Helen of the West Indies" after the Greek mythological character, Helen of Troy. 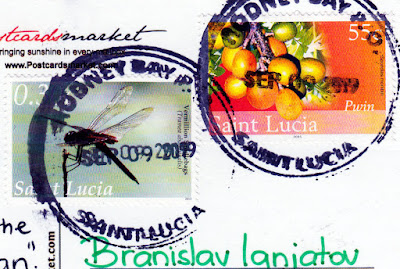 Posted by Branislav Ignjatov at 01:59