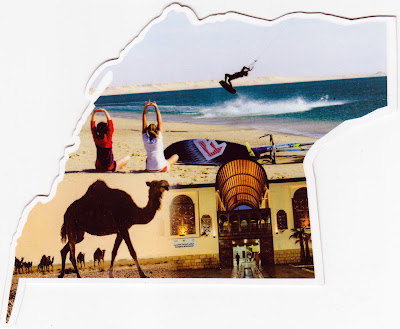 Western Sahara is a disputed territory on the northwest coast and in the Maghreb region of North and West Africa, partially controlled by the self-proclaimed Sahrawi Arab Democratic Republic and partially occupied by neighboring Morocco. Its surface area amounts to 266,000 square kilometres. It is one of the most sparsely populated territories in the world, mainly consisting of desert flatlands. The population is estimated at just over 500000, of which nearly 40% live in Laayoune, the largest city in Western Sahara.  Occupied by Spain until the late 20th century, Western Sahara has been on the United Nations list of non-self-governing territories since 1963 after a Moroccan demand. In 1975, Spain relinquished the administrative control of the territory to a joint administration by Morocco and Mauritania. A war erupted between those countries and a Sahrawi nationalist movement, the Polisario Front, which proclaimed the Sahrawi Arab Democratic Republic with a government in exile in Tindouf, Algeria. Mauritania withdrew its claims in 1979, and Morocco eventually secured de facto control of most of the territory, including all the major cities and natural resources. The United Nations considers the Polisario Front to be the legitimate representative of the Sahrawi people, and maintains that the Sahrawis have a right to self-determination. 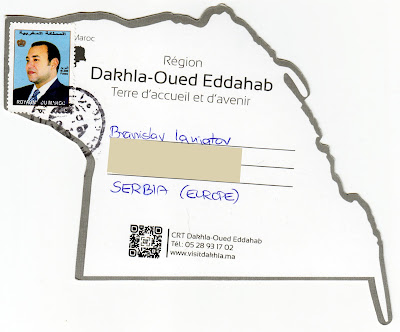 Of course, there's only Moroccan postal system there and Moroccan stamps are used for mail.

Posted by Branislav Ignjatov at 23:27