Cover from McMurdo Station in Antarctica 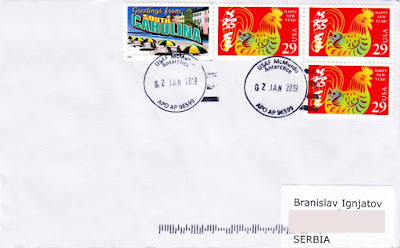 
Thank you so much, Li Ming, for this great surprise!

Posted by Branislav Ignjatov at 18:15