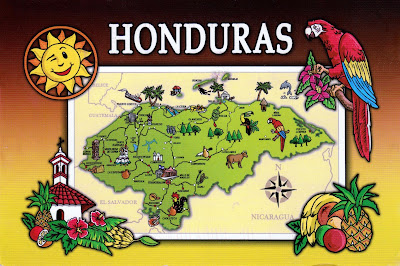 Honduras is a country in Central America. In the past, it was sometimes referred to as "Spanish Honduras" to differentiate it from British Honduras, which later became modern-day Belize. The republic of Honduras is bordered to the west by Guatemala, to the southwest by El Salvador, to the southeast by Nicaragua, to the south by the Pacific Ocean at the Gulf of Fonseca, and to the north by the Gulf of Honduras, a large inlet of the Caribbean Sea. Honduras was home to several important Mesoamerican cultures, most notably the Maya, before the Spanish invaded in the sixteenth century.

Posted by Branislav Ignjatov at 01:14