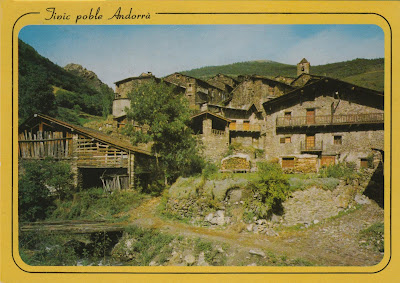 I received nice postcard of village Pau in Andorra. Postal services in Andorra are unique in that they are not operated by the country itself, but by its two larger neighbouring countries, Spain and France. This is a legacy of the centuries of de facto control exercised by those two countries over Andorra. Correos of Spain and La Poste of France operate side by side. Both postal administrations issue their own postage stamps for use in Andorra featuring unique designs. These are used for international correspondence, as postal service within Andorra is free. 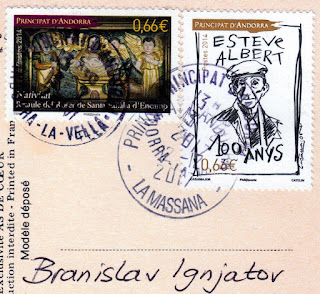 Posted by Branislav Ignjatov at 14:35