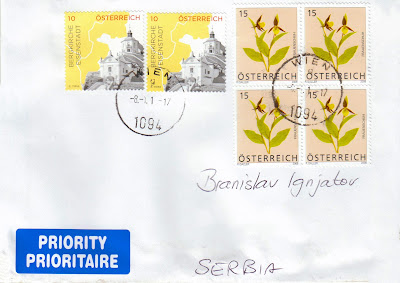 I received a cover from Vienna with three old stationaries. One is from Austro-Hungarian Empire, and two other from Kingdom of Serbia. They arrived in cover with six nice stamps: First two stamps are Mountain Church, Eisenstadt, from set Impressions from Austria, issued on 01.03.2015. And four stamps on right side are Cypripedium calceolus - Lady's slipper Orchid, from series Alpine Flowers, issued on 15.01.2008. 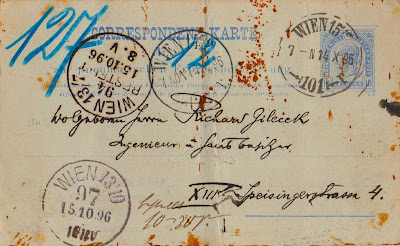 This is really interesting piece of history. This is postal stationary from Austro-Hungarian Empire. It was sent from Vienna on 15.10.1896! 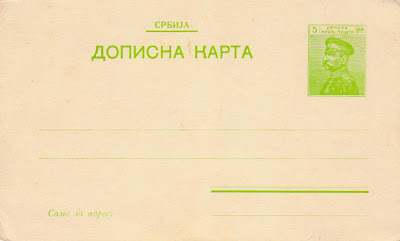 And this is mint postal stationary from Kingdom of Serbia, from beginning of 20th century. 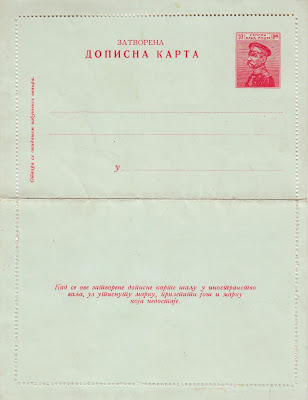 This stationary is little bit different. You can fold it after you write your message.

Posted by Branislav Ignjatov at 15:49