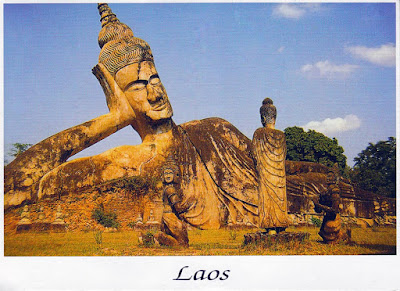 Buddha Park, also known as Xieng Khuan, is a sculpture park located 25 km southeast from Vientiane, Laos in a meadow by the Mekong River.Although it is not a temple, the park may be referred to as Wat Xieng Khuan, since it contains numerous religious images. The name Xieng Khuan means Spirit City. The park contains over 200 Hindu and Buddhist statues. The socialist government operates Buddha Park as a tourist attraction and public park. 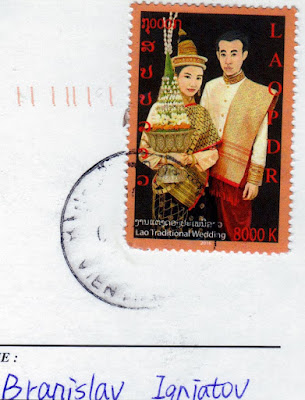 This stamp is from set Traditional Lao Wedding Ceremony, issued on 21.11.2016.

Posted by Branislav Ignjatov at 22:44