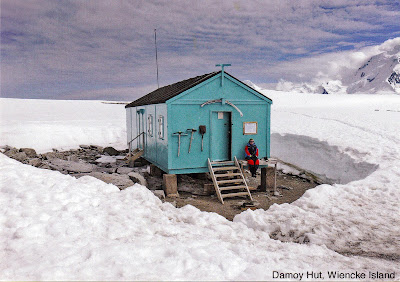 I received wonderful postcard from British Antarctic Territory. This surprise postcard sent me my friend Wolfgang, and he is author of this photography. The British Antarctic Territory is a sector of Antarctica claimed by the United Kingdom as one of its 14 British Overseas Territories, of which it is by far the largest by area. It comprises the region south of 60°S latitude and between longitudes 20°W and 80°W, forming a wedge shape that extends to the South Pole, overlapping the Antarctic claims of Argentina and Chile. Most countries do not recognize territorial claims in Antarctica. 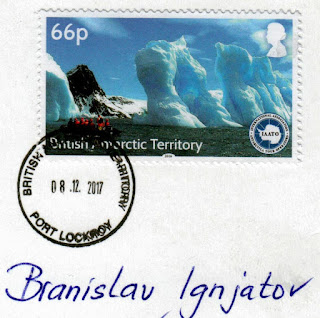 This fantastic stamp with nice, clear cancellation is from set The 25th Anniversary of the IAATO - International Association of Antarctica Tour Operators, issued on 13.11.2016.

Posted by Branislav Ignjatov at 01:07