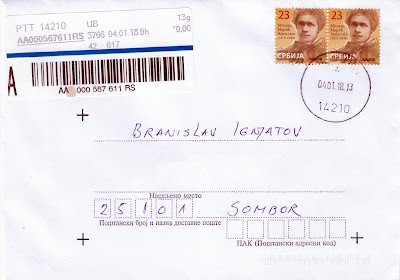 Mileva Marić Einstein was a Serbian mathematician. She was the only woman among Albert Einstein's fellow students at Zürich's Polytechnic and was the second woman to finish a full program of study at the Department of Mathematics and Physics. Marić and Einstein were lovers and had a daughter Lieserl in 1902; the daughter died in 1903 before their marriage later that year. They later had two sons, Hans Albert and Eduard.

The question whether (and if so, to what extent) Marić contributed to Einstein's early work, and to the Annus Mirabilis Papers in particular, is the subject of debate. Many professional historians of physics argue that she made no significant scientific contribution, while others suggest that she was a supportive companion in science and may have helped him materially in his research.

Posted by Branislav Ignjatov at 13:50