Cover and stamps from USA 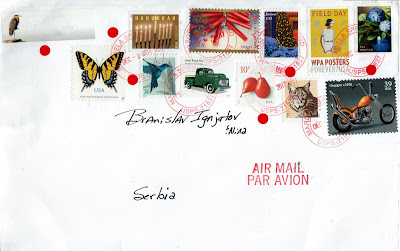 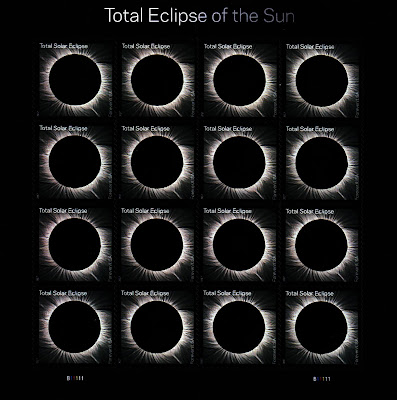 The Total Eclipse of the Sun stamp is the first U.S. stamp to use thermochromic ink, which reacts to the heat of your touch. Placing your finger over the black disc on the stamp causes the ink to change from black to clear to reveal an underlying image of the moon. The image reverts back to the black disc once it cools. This wonderful stamps are issued on 20.06.2017. 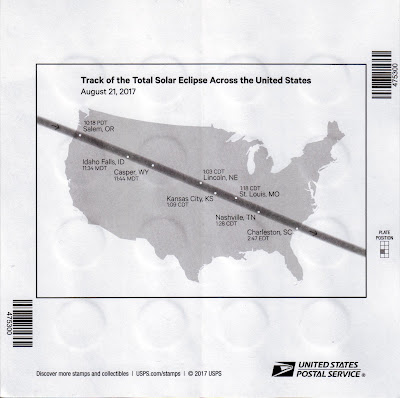 The back side of this sheet is also interesting, it shows the path of the eclipse that occured on August 21, 2017.

I've found this awesome gif which shows you how this thermochromic ink works.

I also received this beautiful set Have A Ball! Eight circular stamps showcase some of the sports balls used daily in the United States: baseball, basketball, football, golf, kickball, soccer, tennis, and volleyball. A special coating applied to selected areas of the stamps during the printing process gives them a textured feel. Stamps are issued on 14.06.2016.


Thank you very much Charlotte!

Posted by Branislav Ignjatov at 21:23