Flags of the World Series: Liechtenstein 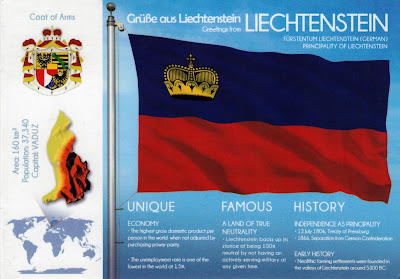 Principality of Liechtenstein is a doubly landlocked German-speaking microstate in Central Europe. The principality is a constitutional monarchy headed by the Prince of Liechtenstein. Liechtenstein is bordered by Switzerland to the west and south and Austria to the east and north. It has an area of just over 160 square kilometres, the fourth-smallest in Europe, and an estimated population of 37,000. 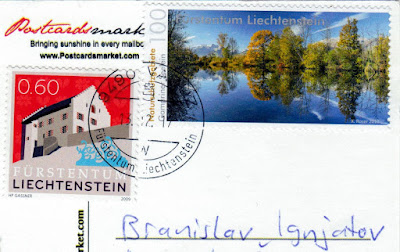 Posted by Branislav Ignjatov at 00:34