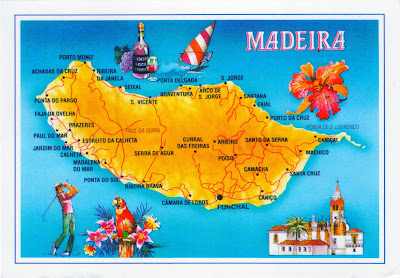 Madeira is a Portuguese archipelago situated in the north Atlantic Ocean, southwest of Portugal. Its total population was estimated in 2011 at 267,785. The capital of Madeira is Funchal, located on the main island's south coast. Since 1976, the archipelago has been one of the two autonomous regions of Portugal (the other being the Azores, and i still don't have postcard from there). Madeira was claimed by Portuguese sailors in the service of Prince Henry the Navigator in 1419 and settled after 1420. 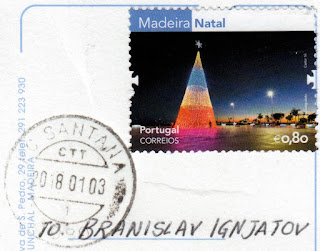 This stamp is from set Christmas and New Year Festivities, issued on 07.04.2016.

Posted by Branislav Ignjatov at 16:32