Flags of the World Series: Brunei 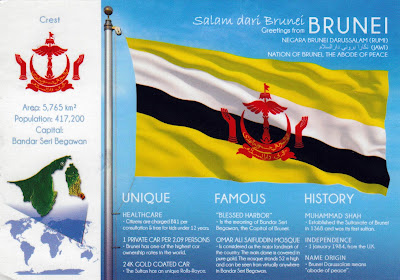 Brunei , officially the Nation of Brunei, the Abode of Peace, is a sovereign state located on the north coast of the island of Borneo in Southeast Asia. Apart from its coastline with the South China Sea, the country is completely surrounded by the Malaysian state of Sarawak. Brunei gained its independence from the United Kingdom on 1 January 1984. 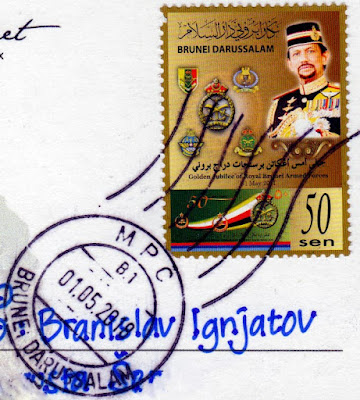 Stamp on postcard is from set The 50th Anniversary of the Royal Brunei Armed Forces, issued on 31.5.2012.

Posted by Branislav Ignjatov at 17:37