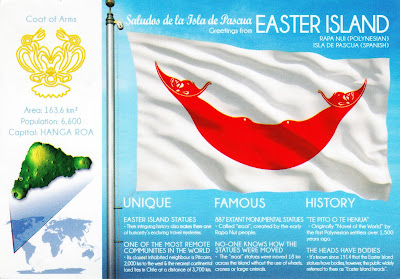 Easter Island is a Chilean island in the southeastern Pacific Ocean, at the southeasternmost point of the Polynesian Triangle in Oceania. It is believed that Easter Island's Polynesian inhabitants arrived on Easter Island sometime in the 12th century AD. They created a thriving and industrious culture, as evidenced by the island's numerous enormous stone moai and other artifacts. However, land clearing for cultivation and the introduction of the Polynesian rat led to gradual deforestation. By the time of European arrival in 1722, the island's population was estimated to be 2,000–3,000. European diseases, Peruvian slave raiding expeditions in the 1860s and emigration to other islands further depleted the population, reducing it to a low of 111 native inhabitants in 1877. Chile annexed Easter Island in 1888. In 1966, the Rapa Nui were granted Chilean citizenship. 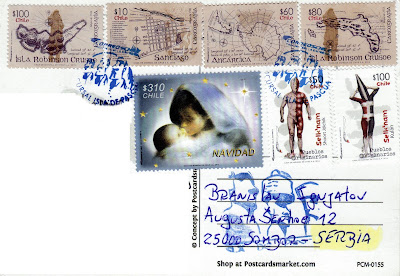 Posted by Branislav Ignjatov at 01:34