Flags of the World Series: Tanzania 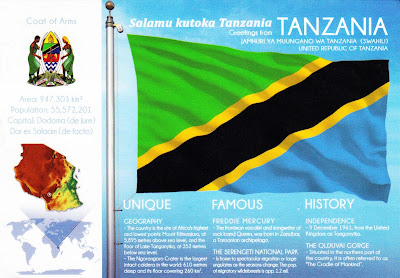 This is my third postcard from Tanzania, this time from Flags of the World Series. United Republic of Tanzania is a sovereign state in eastern Africa within the African Great Lakes region. European colonialism began in mainland Tanzania during the late 19th century when Germany formed German East Africa, which gave way to British rule following World War I. The mainland was governed as Tanganyika, with the Zanzibar Archipelago remaining a separate colonial jurisdiction. Following their respective independence in 1961 and 1963, the two entities merged in April 1964 to form the United Republic of Tanzania. 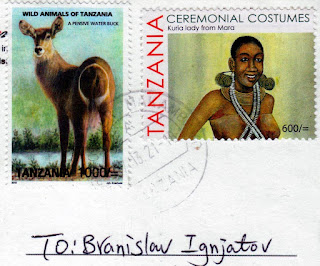 
Posted by Branislav Ignjatov at 01:17