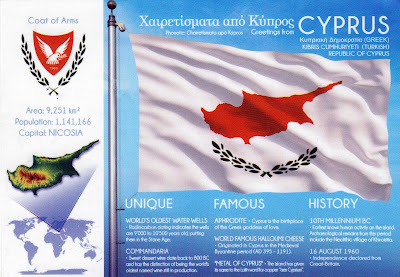 I already once received this postcard, but from Greek part of Cyprus. This time postcard is sent from Turkish Republic of Northern Cyprus. Island is partitioned after a coup d'état in 1974, performed as part of an attempt to annex the island to Greece, and that prompted the Turkish invasion of Cyprus. 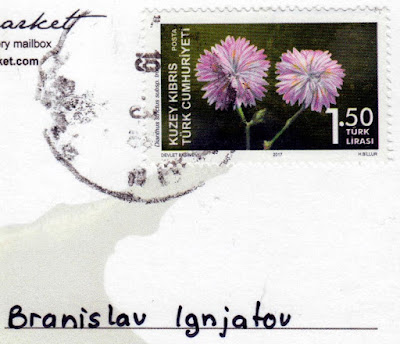 Posted by Branislav Ignjatov at 12:29